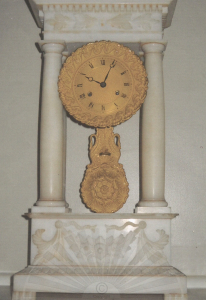 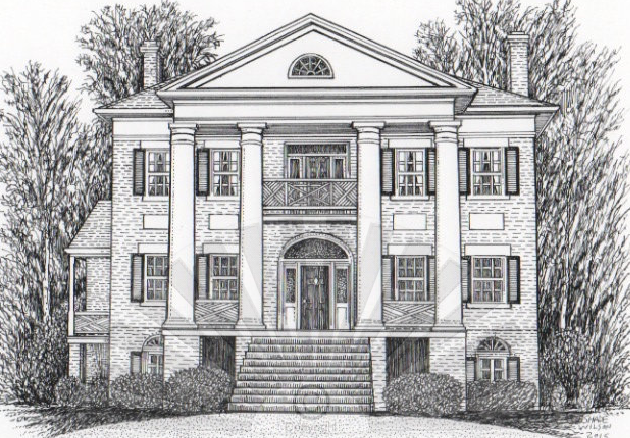 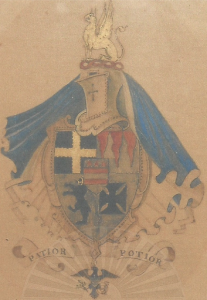 In 2011, as part of a larger project, I began researching the life of John Howe Peyton at Montgomery Hall. In addition to material found in public records and archived collections, I was fortunate to have access to family letters, photographs, portraits, books, and other items related to Peyton’s life through two of his great-great-grandchildren and other family descendants. I eventually realized that I had accumulated enough information previously unknown for a smaller, separate history that was worthy of sharing.

John Howe Peyton, born in 1778 at his family’s Stony Hill plantation in Stafford County, Virginia, was a lawyer, educated at the College of New Jersey, Princeton, and just over the age of thirty when he moved from his native Stafford County to Augusta County, Virginia, settling in Staunton. His area of expertise was criminal law and he was Commonwealth’s Attorney for Augusta County for many years. A posthumous portrait of him hangs in the Augusta County courthouse. Peyton also served in the Virginia House of Delegates, the Virginia Senate and as mayor of Staunton. After the death of his first wife, Susan Smith Madison, Peyton married her cousin, Ann Montgomery Lewis, a great-granddaughter of John Lewis, known as the founder of Augusta County and Staunton. Shortly after their marriage, he built a magnificent house on a tract of land he owned just outside of Staunton and called it Montgomery Hall as a tribute to his young wife. It was here that John Howe Peyton and Ann Montgomery Lewis raised their ten children.

The subsequent history of John Howe Peyton’s Montgomery Hall estate stands apart from that of other plantations. In the 19th century it was a farm of substantial acreage, maintained successfully by the efforts of the enslaved African-Americans who lived there. Beginning in the mid-20th century it became a retreat for African-Americans during the years of segregation when the City of Staunton purchased the property and designated it for their use as a park. Years before, during the ownership of the Walter family, most of the original house was destroyed by fire. The Walter family immediately built an impressive replacement house on the site with similar features of the original design. This house is now used as the offices of Staunton Parks & Recreation and for the park’s program activities. Today, Montgomery Hall thrives as a 148 acre park serving all residents of Staunton.

John Howe Peyton’s Montgomery Hall, is a history of Peyton’s plantation estate in Staunton, Virginia and all of the people known to have lived and worked there during his ownership of the property, including the previously unstudied lives of the enslaved African American people and the specific site on the property where they lived. While much of this history pertains to the Peyton family’s time at Montgomery Hall, the ownership by other families will also be covered. John Howe Peyton’s Montgomery Hall will trace the land from the Beverley Grant forward, with details about the outbuildings and farm operations, the original house and the fire that destroyed it. This site will be used for posting updates and for creating and maintaining a database of enslaved African-Americans associated with John Howe Peyton and his properties in Virginia. The book will be available in 2021.