John Howe Peyton acquired adjoining tracts of land in Augusta County near Staunton, Virginia that totaled approximately 820 acres at the time of his death in 1847. After his death, all of these tracts were sold over time to different buyers. The tract upon which Peyton built his house, Montgomery Hall, was first sold as a parcel of about 300 acres. This parcel was reduced to about 290 acres by the 1860s and further reduced to about 150 acres by 1870. This Montgomery Hall Farm tract of about 150 acres has remained mostly intact from owner to owner since 1871. The original house was destroyed by fire on February 11, 1906. The present house was designed by T. J. Collins in 1906. This house is now used for program activities and offices of Staunton Parks & Recreation at Montgomery Hall Park. 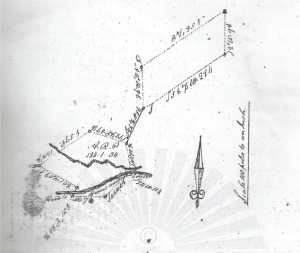 The Present Montgomery Hall, Designed by T. J. Collins in 1906 for Frank Walter and Emma Jerome Duryea Walter, Completed in the spring of 1907 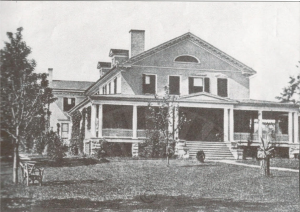 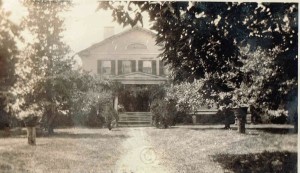 Copyright © 2012-2022 Jane Gray Avery
All Rights Reserved- Content from this website including text and images may not be used or reproduced without prior written permission.