John Lewis Peyton, the first son born to John Howe Peyton and Ann Montgomery Lewis, was born September 15, 1824 at Montgomery Hall. He died at Steephill in Staunton, Virginia on May 22, 1896. He is buried in Thornrose Cemetery in Staunton. He married Eliza Clark Washington (1835-1907), daughter of John Cobb Washington and Mary Ann Bond at Vernon in Kinston, Lenoir County, North Carolina, on December 17, 1855. He was a lawyer for a short time and an author. He was an agent for the State of North Carolina based in England during the Civil War and lived on Guernsey, the Channel Islands for many years. John Lewis Peyton and Eliza Clark Washington had one child, Lawrence Washington Howe Peyton (1872-1949). 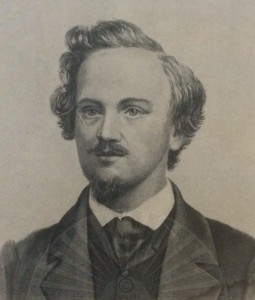 BOOKS BY OR EDITED BY JOHN LEWIS PEYTON