Serena Chambers was born an enslaved African-American female c. 1820 in Augusta County, Virginia. John Howe Peyton sent Serena and three other enslaved African-American Americans (Aaron, Jane, and Ellen) to live with his daughter, Susan Madison Peyton, after her marriage to John Brown Baldwin in September, 1842. Peyton confirmed the transfers in ownership of these enslaved African-Americans in his will, written in 1846, to John Brown Baldwin. Serena, her husband, Charles Jackson, and their surviving children Charles, Benjamin, and James continued to live with the Baldwins after the Civil War, earning wages paid by Baldwin and other members of the Peyton family, and later by others. In 1866, Charles Jackson and Serena Chambers registered their marriage and surviving children’s names (Charles, 20, Benjamin, 18, and James W., 15) in the Cohabitation Register of the Augusta County Freedmen’s Bureau.

Serena and her family were mentioned often in Peyton family letters and amazingly, through Augusta County death records in Staunton and Thornrose Cemetery records at the Library of Virginia in Richmond, I was able to find the marked graves of Serena and her son, Benjamin, in what was once a part of the Staunton Corporation Lot in Thornrose Cemetery, a portion of the cemetery for those who could not afford burial fees. It is truly remarkable to have found gravestones for them, as so many buried in the Corporation Lot do not have any kind of surviving marker for their graves. These graves are two of only three gravestones I have found for enslaved African-Americans associated with John Howe Peyton and Montgomery Hall. Serena died September 8, 1871, age 51 and her son, Benjamin, died February 20, 1874, age 26, with his cause of death listed as consumption. The inscription at the bottom of Serena Jackson’s stone states: “Blessed are the dead which die in the Lord.” 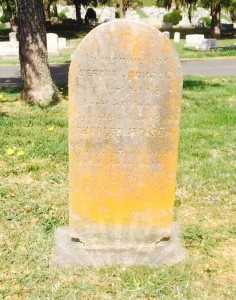 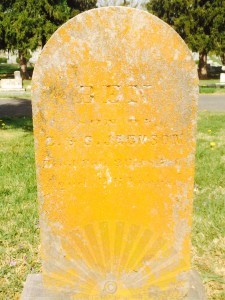 More specific details of the lives of the Chambers and Jackson families are included in John Howe Peyton’s Montgomery Hall, available in 2018. 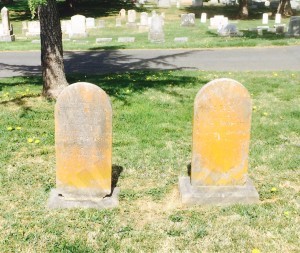